In order for spiders to grow, the have to molt, or shed their exoskeleton. Tarantulas tend to stop eating a few weeks before they molt. When they are ready to molt, they will spin a thin web on the ground and then lie down on it. When I first saw Merbet molting, I thought hewas dead. After carefully surveying the scene, however, I decided that things looked too perfect for him to be dead. His legs were extended (not curled like I usually see with dead spiders) and the web underneath him was constructed in a very systematic manner — (very smooth and even). 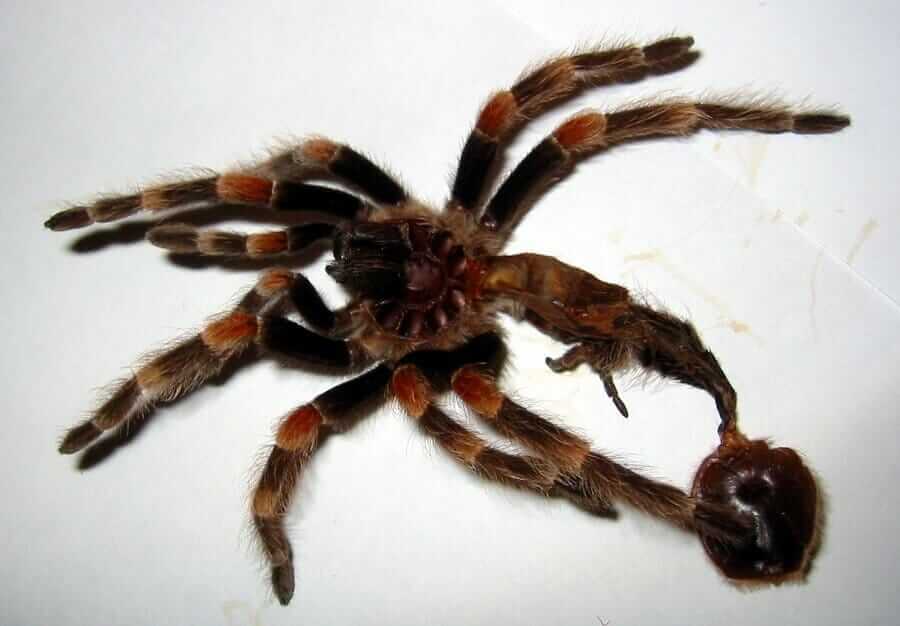 Merbet has molted five times since I owned him, and the following pictures are from his first molt. The molting process usually takes only about a day, but there is a period of tanning, or hardening of the exoskeleton when the tarantula finishes molting. Because of this, you should wait a week or more to introduce food into the cage in order to allow this tanning period to safely occur. It took around 7 hours from the time I saw Merbet on his back until he started moving around, freeing himself from his previous exoskeleton.

Below is a series of pictures showing what happened during Merbet’s molt. Sadly, I backed up pictures of Merbet’s second molt (which were amazing pictures compared to these) on a defective hard drive, and now they are gone forever. Hopefully he’ll molt again soon so I can update with better pictures!  All of the pictures on this page are property of Roamingcattle.com. If you would like to use any of my pictures from this site, my molting site, or my pictures site, please contact me 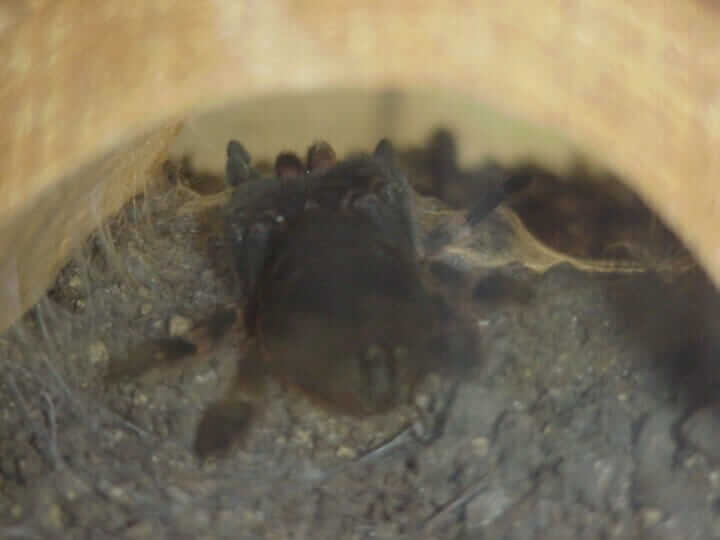 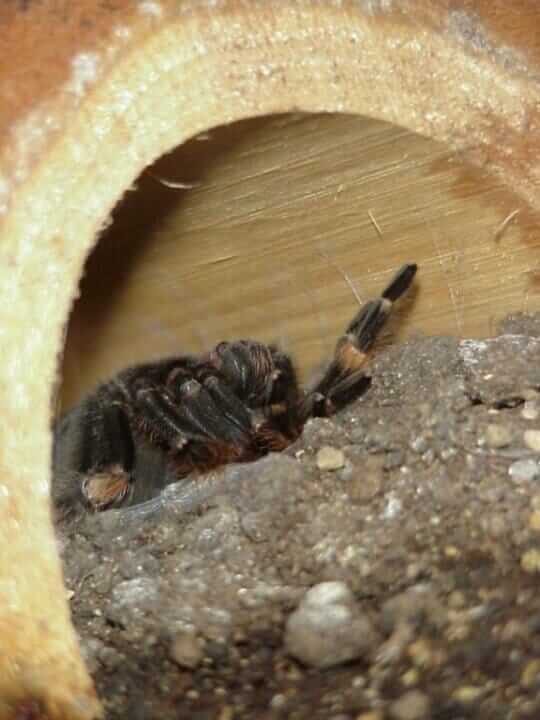 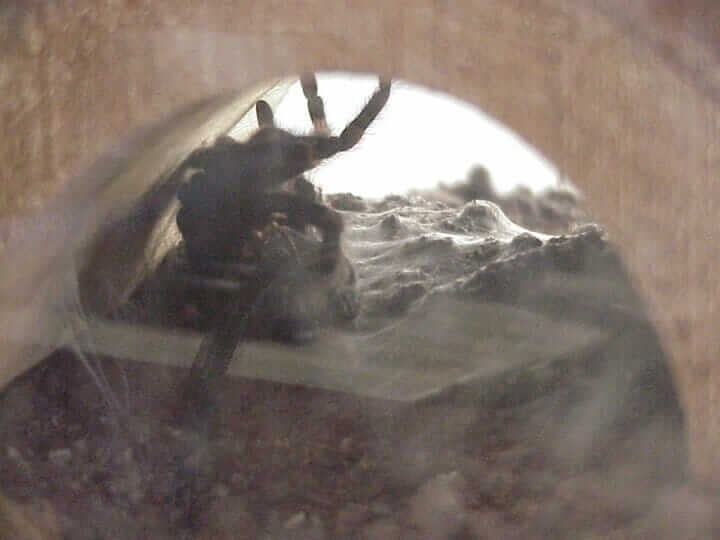 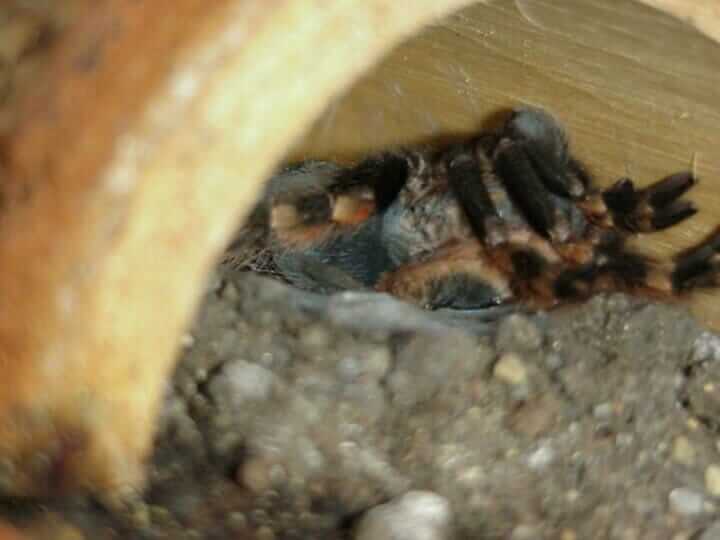 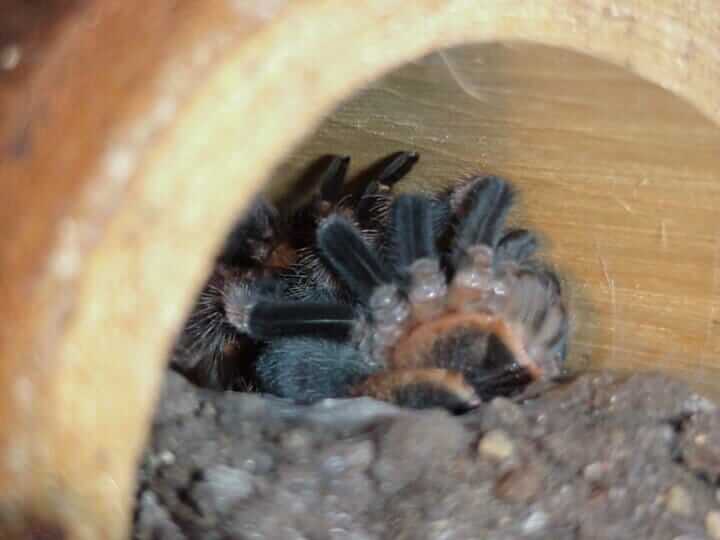 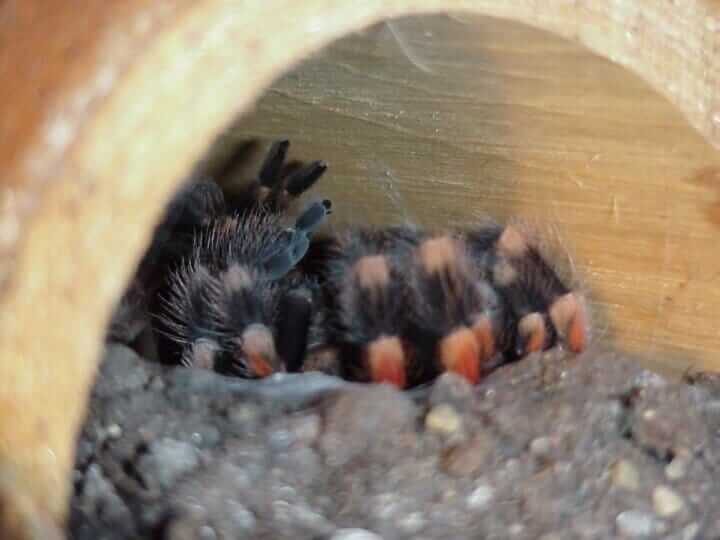 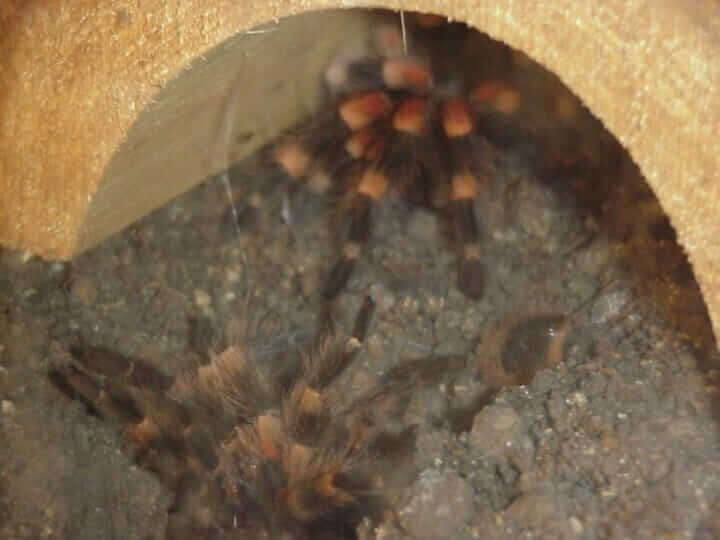